When the storage hopper under the weighing bucket after the empty, storage hopper Open, put the expected weighing, weighing the beginning weighing heavy bucket. Assuming our target weight is 250g, we take 5 bucket combination (that is, take five of them together as a result) a total of 10, in 10 of the 5 bucket of 252. Because we want to take 5 bucket, so in the setting of the vibration time of the coil to 50g as the target weight of each bucket, so the material will be in the vicinity of 50g, due to the size of the material, but also how many, not very uniform, so the weight of each bucket will have how many, but will be in the vicinity of 50g, both will appear in the bucket, will also appear on the side of the light bucket, Even if some of the weight deviation of the bucket does not matter, because there are 252 kinds of, 5 bucket weight added up to 250g probability is very large (of course there will be positive and negative 0.1-2g error). 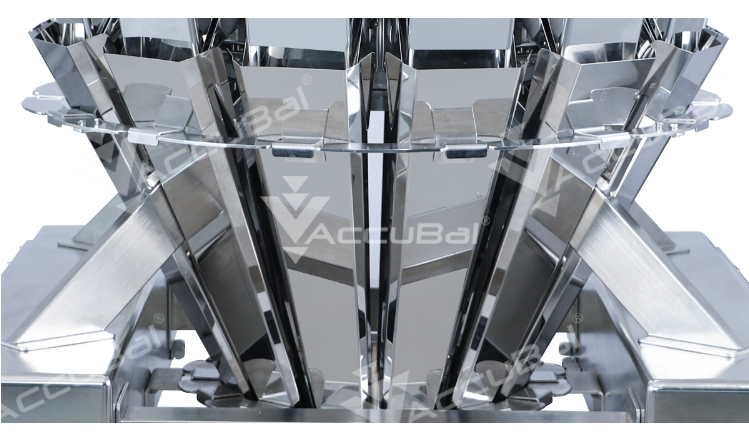